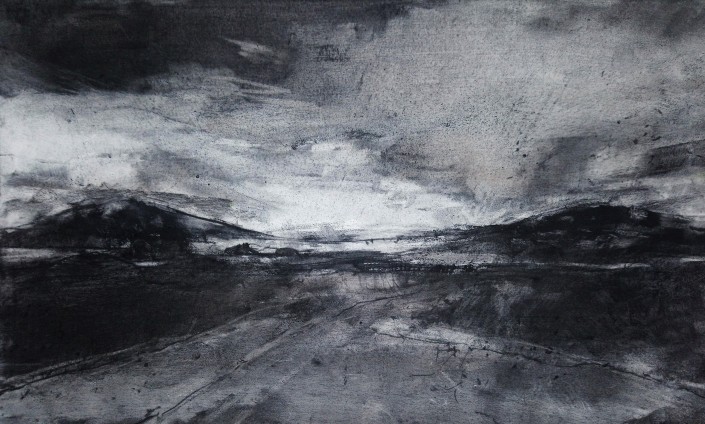 From Rannoch moor the water that collects will flow all the way to either the North sea in the east or to the Atlantic in the west.

This story is told by A D Cunningham in his book ‘Tales of Rannoch’.

When the world was young and Rannoch Moor was covered with trees there lived two giants, Anier and Anear. While was one was rapacious the other was destructive and they were very jealous of one another. They both wanted the waters of the  Moor.

Giants are usually quarrelsome and small minded and these were no exceptions; they bickered and argued all day long about who should have the waters. Eventually they came to blows and their screams and curses could be heard from far and wide. They tore up the trees and snapped off the trunks to use as clubs and missiles.

For thirty days and thirty nights the battle raged. Although both were wounded and sorely bruised they fought on stubbornly until the Moor was a wilderness, not a tree was left standing. Finally, exhausted, and neither having gained anything, they agreed on a truce. They decided to divide the waters. Anier was to take the rivers to the Atlantic by the way of the Etive, the Kinglass and the Orchy, while Anear was to take the easterly flow by Loch Laidon, the river Gaur, Loch Rannoch, the tummel and the Tay to the North sea.