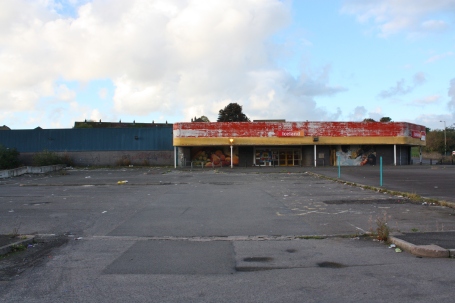 Here is an attempt to introduce my thoughts about what the Dighty book I am trying to compile might actually be about. Some suggestions if you like about this landscape and the people I have met. In many ways it is also an attempt at understanding for myself as I wrestle with the words and texts that have come from this project and it pushes me further down the path of having to get down to some work ….. It goes something like this….

This collection of words and images is, at first glance as random as it can get. And that is in some respects how it should be, how it ought to exist, given the random nature of some of the meetings with this place and its people. It is however a journey of sorts, a series of foot notes if you like that neither explain nor describe this burn, rather illuminate moments of connection made through walking. In the film ‘Patience ( After Sebald )’, Robert Mcfarlane describes the difference between the British and Americans when it comes to walking. He says that for the American a walk is one of discovery. For the Briton it is one recovery. For both these outcomes I am thankful, and also for the generosity of those I have chatted with, had tea and biscuits and a laugh, being equally baffled, impressed and moved by the subjects of conversation. The burn, is at times a difficult, dirty space but also a beautiful, open space, a product of its industrial past, a dumping space, a wildlife haven, a dog walking space, a childhood place, a drink and drug taking place and a space that people regard as part of the communities collective memory. It is a boundary between the city and the country, the frontier, an edge land. I have been looking at where those edges meet, which means that, at times, the documented slips quietly underneath into a world imagined by myself, resurfacing as a new layer of the story.

The Dighty burn has been my creative home and this collection represents a period of time spent in this landscape. It could keep being added to for as long as I am witness to this place. But I will shortly no longer be present, for no other reason than it feels the right time to stop and listen.

One Reply to “Beginnings…..”